Damjan was born on November 11th 1966 in Ljubljana. He finished studies at the Faculty of Electrical Engineering in Ljubljana in 1994 and obtained a Master’s Degree in 2003.

His professional beginnings date back to 1994, when he worked as relay protection engineer in Distribution Company. In 1996, he started working for Slovenian Transmission System Operator (ELES) where he was responsible for network analyses. In 2001, as a part of start-up team, he was trusted with the role of procurist and manager of the analyses and development sector at Borzen – the Slovenian Market Operator (www.borzen.si). Here, he was responsible for projects dealing with the implementation of Market Organiser’s trading information system, the clearing system and the development of the legal framework for all aspects of power market trading. Borzen was established in March 2001 to perform tasks focusing on obligatory public utility services for organizing the power market, organizing the power trade and financial settlements, as well as many other important functions in the Slovene energy industry. These are related to promoting the use of renewable sources and efficient energy use. In 2003, he took over the role of the director of Borzen, which he performed until the end of 2009. 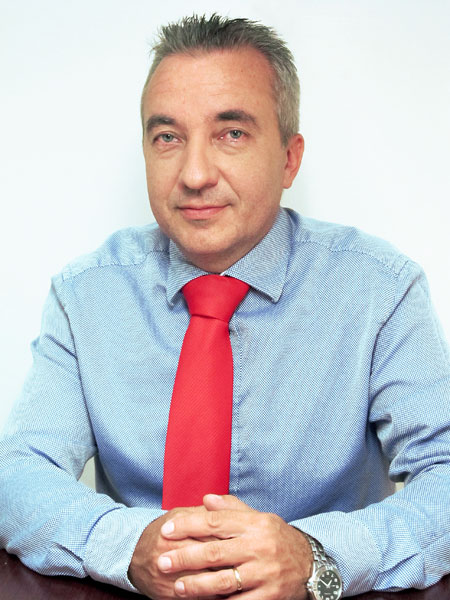 In the years 2005 and 2006, he was appointed to the working group for structural reforms in the Slovenian reform committee and to the working group for the privatisation in the Slovenian electricity sector. As a member of these groups, he played an active role in the preparation of professionally founded suggestions of structural orientation in the context of the strategy of development of Slovenia in the fields of liberalisation and competitiveness in the electricity industry

He introduced a new strategy for the establishment of an active and competitive South East European regional energy market and its integration in the European internal market, with the main goal of meeting market participants’ needs, providing them with optimal technology, clearing services and innovative trading product. It was clear that for ensuring liquidity and growth of the market, internationalization was necessary. With goals as enlarging the portfolio of services and markets, expansion of participants’ range to the regional and European trading community, Increase of knowhow and technology resources, Borzen and Eurex, the international derivatives exchange, decided to establish a new company, BSP SouthPool Regional Energy Exchange LLC on 8th May 2008. He was nominated for company’s first director.

At the same time, he has been involved in various RES (solar, wind, small hydro) projects in South Eastern Europe as a project developer. Together with a partner, he established project development company GEBS d.o.o., with offices in Ljubljana and Belgrade.

In order to efficiently and consistently meet the increasing demands from projects’ owners looking for investors, development and implementation expansion, he organised the business activities and wide range of services by means of establishing the company D2S in 2011.

Networking is very important for professionals looking to break into new industries and those looking to improve professional connections. Through all these presented professional milestones, he had the pleasure of emoting and cooperating with many excellent professionals from all parts of energy industry, all over the world.

Damjan is actively engaged in several professional and sport associations.

The aim is to assure best services to the clients when it comes to creation and implementation of new businesses, helping interested investors to find proper project and vice versa.

The energy sector is in the midst of a transformational change. The liberalization of energy markets, emerging technologies and energy demand promise to reshape not only the energy we use, but also the way in which we use it. D2S, alongside its partners, helps clients deploy and integrate renewable energy projects, digitize business processes, understand energy markets and meet consumer and regulatory demands.

Development and financing of projects

Amidst these changes, energy industry stakeholders are looking for ways to strengthen their enterprises and improve their performance. We provide them with the opportunity to grow and achieve these goals. Our experts can deliver an extensive understanding of energy markets, power system operations, emerging technologies, IT business applications, energy projects development and financing.

Our company is embedded in various projects, as intermediaries in transactions, independent experts and solution developers. D2S can easily be configured into working groups needed to address multi-phased projects. Our network of experts enables D2S to handle large volumes of work efficiently, assuring quick responding time, which is so essential in keeping pace with the changes in the industry. Although each project is unique, D2S combines the best technology available with highly skilled and experienced professionals.